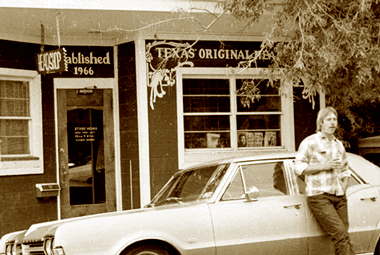 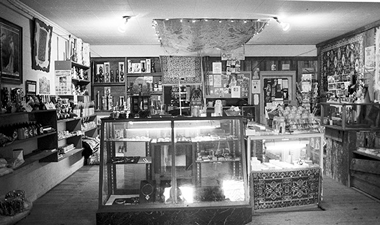 The Zebra's Head is the home to Texas' first head shop, way back in 1966. Back then it was known as 'The Birmingham Balloon Co.', and did business for about four to five years. Next it became known as 'Texas Original Head Shop' (pictured) for the next four to five years. In around 1978, it was painted in the distinctive zebra stripes and given the name 'Zebra Imports'. This lasted until the late eighties, when it changed hands again, becoming 'Fry St. Records & Things'. It was in 1994 that the name The Zebra's Head was given to her, and we've been here since then. It is our privilege to have such a long and distinguished legacy in a neighborhood as diverse and progressive as the Fry St. area! Fry Street has been the place to party for just as many years, and achieved quite the reputation of it's own. With any fortune, we'll keep serving you for many years to come. Thanks to all those who have taken the journey with us! And now the journey continues with our new chapter! In 2013, The Zebra's Head expanded to Lewisville, taking over Big Mike's House of Glass, and creating The Zebra's Head House of Glass. With a larger store, a swanky new gallery, and a new neighborhood we're ready to usher in the next 20 year installment of The Zebra's Head story! 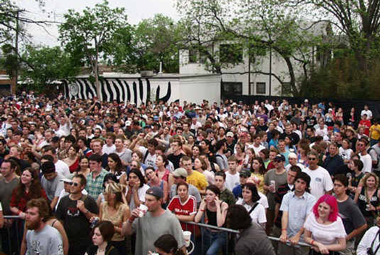